Dr. Micheline Manseau, an associate professor at the Natural Resources Institute of the University of Manitoba and an ecosystem scientist for Parks Canada, was the featured speaker at the OFNC meeting this September. She lectured on the iconic High Arctic Peary Caribou. Understanding the species’ origins and unique characteristics is key to the management and conservation of this fascinating animal. 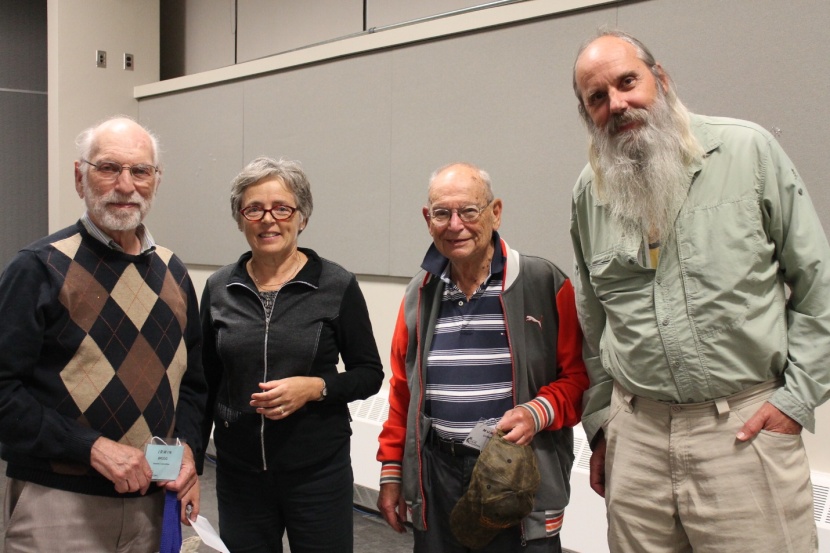 Contrary to popular belief, caribou and reindeer are the same species, Rangifer tarandus, but different subspecies. The Peary Caribou is a subspecies found in the High Arctic islands of northern Canada. Although unproven, there is strong evidence to suggest they descended from populations that survived in a High Arctic, unglaciated region. Peary Caribou were named after Robert Edwin Peary who is known best for his three attempts to reach the North Pole. He learned from Northern peoples and used animal skins and traditional food practices on his expeditions.

Peary Caribou are small. Their short legs and large hooves are useful for dealing with the tough snow and ice that covers lichens and low-lying plants in the north. Peary Caribou are generally sedentary, but are known to move when necessary. Their main predators are wolves.

Many Aboriginal groups have their own names for caribou. For instance, the Mi’kmaq word for caribou is “Qalipu,” meaning “an animal that shovels snow.” Caribou dig through the snow to find lichens, one of their primary foods. Dene people have different names for caribou found in different habitats.