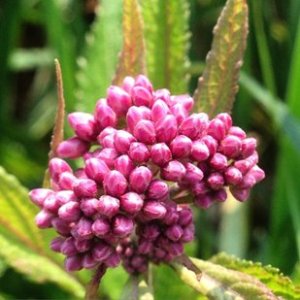 Editor’s note: The butterfly count is an annual OFNC event organized this year by Jeff Skevington and Peter Hall. Working in groups or alone, participants patrol the same location each year from about 9 a.m. to about 4 or 5 p.m.

The 15th annual Ottawa Field-Naturalists’ butterfly count took place Saturday, July 4, 2015 – on a perfect sunny summer day. This was the second count that my children and I have taken part in. We joined a record number of participants (34) at a point near Manion’s Corners, the centre of the 24-km diameter count circle (see map).

A great cross-section of young and old, beginner and expert was represented. Before heading out on the count, nets were distributed, and we were divided into groups that had at least one person with the expertise to identify butterflies caught. Captured butterflies were examined, identified, and then released.

Our group’s first stop was right next to the meeting area. Those of us with rubber boots meandered down into a marshy area next to a small creek while the rest of the group checked the wildflowers along the side of the road. We found some lovely Baltimore Checkerspots among the Swamp Milkweed (photo above right) and Blue Skullcap and surprised a fawn resting in a hiding spot in the reeds. We were also pleasantly surprised to see a Black-billed Cuckoo close to the marsh.

The second stop brought us to Burnt Lands Provincial Nature Reserve. Permission had to be obtained before visiting the park, so it was a special privilege to visit this place that contains a rare alvar ecosystem with a diversity of plants and animals. In this stark beauty, we found many butterflies including this tiny European Skipper (photo left).

This area was also home to swaths of poison ivy, so our rubber boots did double duty and protected us from their oily secretions.

At this point we stopped for a roadside lunch by the alvar and, while we were eating, this stunning Eastern Tiger Swallowtail (below) settled down in the ditch next to us.

24 Appalachian Browns were found during the count, a record number for this species. This one was photographed a week later at the Perth Wildlife Reserve by Peter Hall.

Several roadside stops after lunch to check Prickly Ash, the larval food plant for Giant Swallowtails, proved disappointing, so we headed to the last stop. My daughter wanted to sit out this last hike, so I stayed with her while my son continued on. The last area included fields where they found a large number of Appalachian Browns, a nice surprise (see photo). It was a great day out and a fantastic activity that children can actively participate in.